If I Get Licence To Use Guns, I Will Return To My N20m Farm - Olajumoke Awosika

Foodstuff Blockage: Northern Tomato Farmers, Traders Lose Over N10B in One Week, Cry Out for Help

Cryptocurrencies: Between 2015 and 2020, $500m Worth Of Bitcoin Traded In Nigeria - Former Presidential Candidate Moghalu

Anybody Caught Selling Cement Above N2,500 Will Face Full Wrath Of The Law - CPC

See The 10 Signs Indicators, It’s Time To Rebrand Your Business

For the first time since the end of April, the token dipped below its 50-day moving average.

Bitcoin bounced off the lows of the day after sliding below $9,000 for the first time since May amid a renewal in global risk aversion.

The largest cryptocurrency tumbled as much as 5.1% Monday and recovered to about $9,270 as of 11:30 a.m. in New York, according to consolidated pricing data from Bloomberg. For the first time since the end of April, the token dipped below its 50-day moving average, a level that’s considered a point of resistance for some traders. 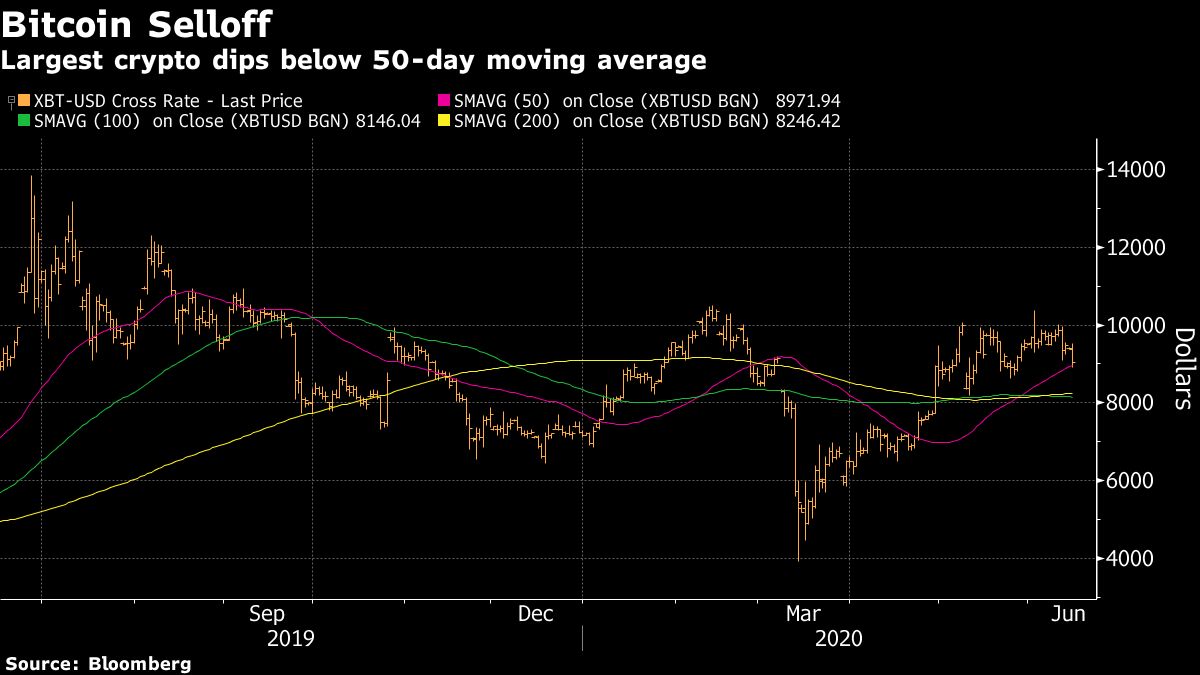 Bitcoin has flirted with $10,000 since May, failing to sustain a rally above that level after the closely watched “halving” industry event that reduced the amount of the cryptocurrency earned by so-called miners that process transactions.

Stocks slid globally on Monday in an echo of last Thursday’s risk-off mode. Chinese economic data Monday disappointed investors, with a smaller bounce back in May than economists expected. On the virus front, the U.S. showed a pick-up in cases, Tokyo reported a jump of its own over the weekend and China is racing to contain a new outbreak in Beijing that reached nearly 100 infections.

“It’s definitely part of the broader sell-off that we also saw in equities last week,” said Vijay Ayyar, head of business development with crypto exchange Luno. “We tapped liquidity at the $10,000 level and are now coming back down. I expect $8,500 to hold, but if not we’re looking at $7,700 and then $7,100.”

That rings true to Denis Vinokourov, head of research at Bequant, a London-based digital asset prime broker, who says the specter of deflation amid fears of a second wave of coronavirus outbreaks prompted a push away from riskier assets.

“The digital currency market is not immune when it comes to flight for cash, as evidenced during the February/March selloff,” he said. “With liquidity sapped away, the unwind resulted in a cascade of exits.”

To be sure, technical gauges suggest Bitcoin has found its short-term bottom at $8,900, the low reached during Monday’s downturn. Based on the Trading Envelope indicator, which smooths moving averages to map out higher and lower limits, the largest digital token tested the lower band and bounced off. Its upper support remains at $10,000 and may continue to be the level to breach for the coin to sustain its rally since March. 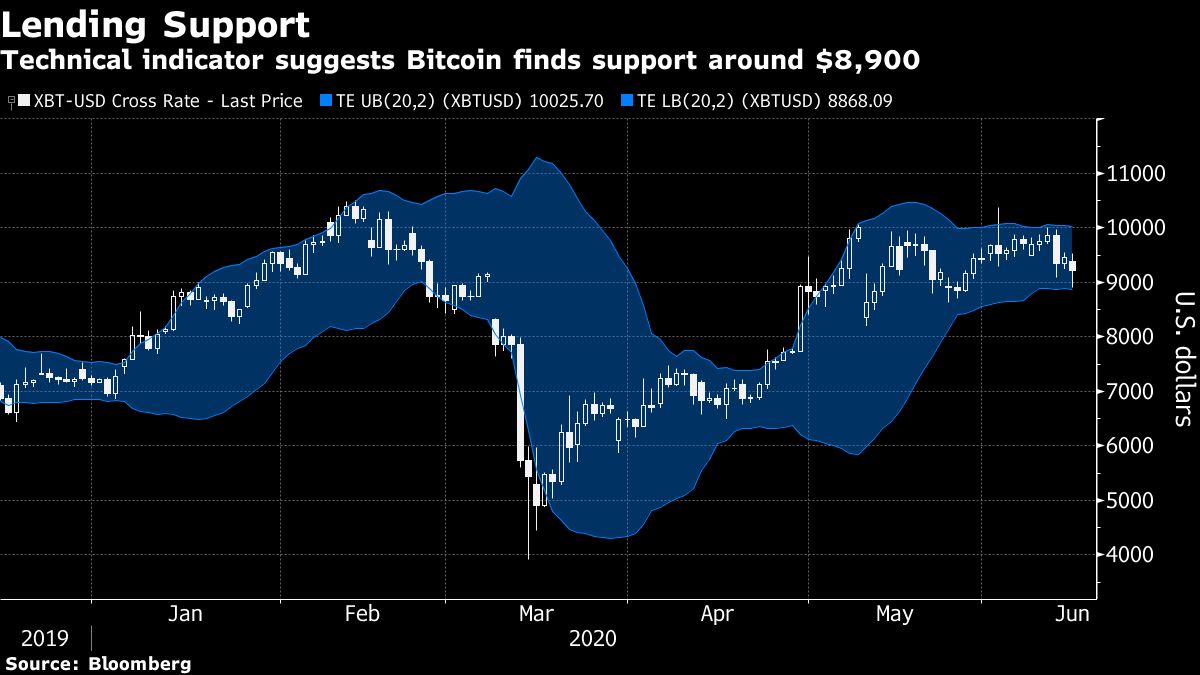 Still, Monday’s selloff extended to the wider crypto space, with the Bloomberg Galaxy Crypto Index declining as much as 6.5% as rival digital currencies including Ether, XRP and Litecoin also retreated.