At least 3 Soldiers Killed, Others Injured By Landmines Set By Boko Haram In Borno (Pix) 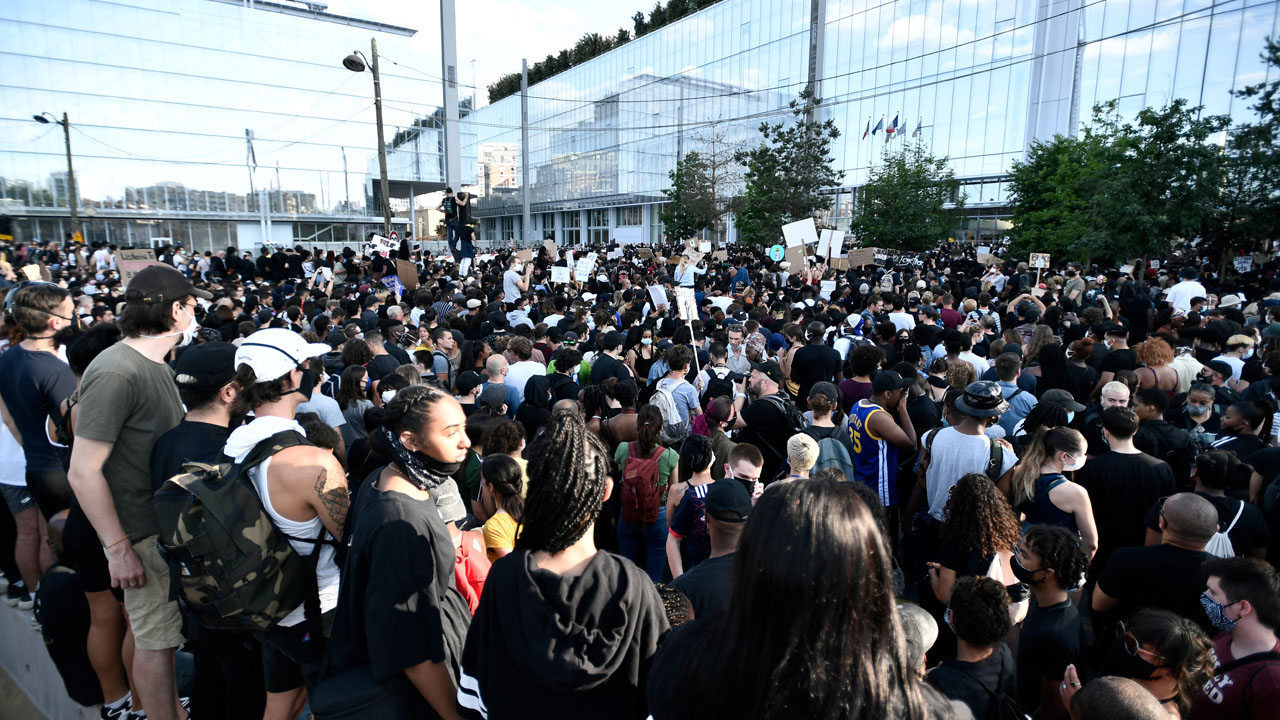 Protesters gather for a demonstration after French medical experts exonerated the gendarmes involved in the arrest of Adama Traore, a young black man who died in police custody in 2016, outside the “Tribunal de Paris” courthouse in Paris on June 2, 2020. – The Adama traore case sparked violent protests in the Paris suburbs and became a rallying cry for police brutality in France, which young, black men say is often targeted at them. The police chief of Paris defended his forces on June 2 against accusations of brutality and racism as anger over alleged police violence mounts in France as in the United States. French medical experts on June 29 exonerated the three gendarmes, dismissing a medical report commissioned by the young man’s family that said he had died of asphyxiation. (Photo by STEPHANE DE SAKUTIN / AFP)

Clashes broke out between police and protesters in Paris on Tuesday after around 20,000 people defied a ban to rally over the 2016 death of a black man in police custody, galvanised by US demonstrations against racism and deadly police violence.The protesters used slogans from the American protest movement to call for justice for Adama Traore, whose death four years ago has been a rallying cause against police brutality in France.

The demonstration, which came after the release of two different medical reports into the cause of Traore’s death, had been prohibited by police citing a coronavirus ban on gatherings of more than 10 people.

The protest started in the late afternoon outside the court in northern Paris, before projectiles were thrown and the police used tear gas to disperse the crowd, AFP journalists witnessed.

Sporadic clashes broke out near the city’s main ring road, with stones thrown at the police, who responded by firing rubber bullets.

Some protesters burned bins, bicycles and scooters to set up flaming barricades on the streets.

Interior Minister Christophe Castaner responded by saying that “violence has no place in a democracy”.

“Nothing justifies the behaviour that took place in Paris this evening when protests on public streets are banned to protect everyone’s health,” he tweeted.

Many of the protesters drew inspiration from the protest movement raging across the United States over the police killing last week of George Floyd, an unarmed black man, holding up slogans in English such as “Black Lives Matter” and “I can’t breathe”.

Earlier in the day Traore’s elder sister Assa spoke to the large crowd.